The greatest happiness human beings can experience is when they are creating. Why? Because this is when they come closest to the essence of God. 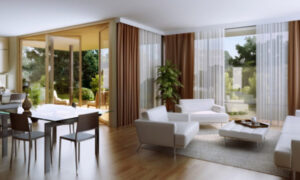 God is the creator, and human beings, whom he made in his image, can be creators, too. Of course, it is not a question of comparing human creations with the divine creation but of emphasizing this truth: that happiness is found in the creative act, so in this sense artist express their greatest feelings of happiness. You will say, “What about mystics and scholars? “Yes, insofar as they can also be creators, they experience the same happiness as artists.

And don’t go protesting that you have known artists who were tormented and very unhappy. What I mean when I say that artists are happy is that while they are creating, in the act of creation, they live in plenitude – and “artist” can also be taken to mean any human being in the process of creating.[i]

Disorder is not Chaos

For well over twenty years I have been giving lectures and workshops about cleaning and caring. One of the things that became clear is that cleaning is not a much of a problem as the constant disorder that many people find. Without clearing up first you cannot even start to clean.

So what is order? Something desperately longed for by many people and yet it seems so elusive.

At the very first cleaning conference I organised in 2004 at the Goetheanum, one of the lecturers said: ”making order is a profoundly creative act and can be put on the same level as creating works of art; or perhaps it should actually be considered the archetypal artistic gesture”[ii].

When it comes to housekeeping, the concepts of disorder and chaos often get confused. In a household, order is often related to a certain regularity and clarity. We call a room orderly, when everything is in its place and we can easily orientate ourselves and find our way around. However, as soon as I start working in the room, or the children start playing around in it, the order very soon turns into disorder. Order seems to have this special quality of effortlessly merging into disorder, yet the opposite never occurs. I have to consciously intervene in order to re-establish the lost order. So, disorder is simply a quality that arises whenever we do anything in an ordered space, but order can be relatively easily reinstated.

In the Cabbala, the story of Creation tells us that God withdrew Himself, thus producing a void. Chaos arose within this void, and later formed the substance from which the world was then created.

Chaos is a state where things have just been left to themselves without any conscious intervention (divine or human).

Difficulty in making decisions is also a form of disorder when one realises how difficult it is to decide whether we still going to use something or not. Should we actually start sorting out things and placing them where they belong or should we leave it a bit. Some people have no difficulty in creating order, others experience great difficulty with it – they feel overwhelmed, exhausted, some even feel quite close to despair.

Working with people with difficulties in creating order, I have come to realise that they often suffer a feeling of extreme loneliness: such an extreme loneliness that they try to disguise it by being very busy with all kinds of things and accumulating things around them as if to cover up their loneliness.

Disorder usually comes about when there is too much around. Being overwhelmed is much the same thing: it is a question of too much to do. So being overwhelmed is actually a form of disorder. Disorder happens where things appear in places or situations where they do not belong. We leave something lying about; we don’t finish the things we started, putting them off again and again. Other things we gather, hoard and are unable to let go. Most things we leave will turned to chaos. If we ignore and leave all the things that overwhelm us, it can lead to discontent and frustration. In some cases this can even destroy family relationships.

If we are overwhelmed, we have the tendency to overwhelm others around us, for instance by saying, “I must do this and I must do that, which absolutely needs to be done.” Says who? You say it and I say it. We are the ones who overtax ourselves with excessive expectations and demands. We are the sole reason for our lack of strength if we find ourselves once again doing something, that we really did not want to do. And we are surprised if we break things, hurt ourselves or even have accidents when we rush from one or place to the other, taking on task after another, and never refusing to do anything asked of us.

Holding contradictory thoughts and wishes, creates an inner disorder, and we should not be surprised if in these circumstances, we lose our bearings. Some people complain that they don’t know where they are and feel totally lost. Why? Because they said yes to too many different things, they gave in to too many whims, collected too many different things, and now they are up to their neck in complications.

The first step away from being overwhelmed can be to begin to create order around us. It can be tremendously rewarding to start picking up things and to make the house tidy. Ordering can have a therapeutic effect. We become active and thereby supports our own healing process, like any therapy. If we cannot face starting with the whole house or a room, it may help to start just by emptying out your handbag, throwing away all the little things that do not really belong there. Or we can start our therapy, by clearing out our wardrobe, sorting out and dealing with unpaid bills, tor whatever.