Linda Thomas was born in 1953 in South Africa where she and her six sisters and brothers spent their childhood and youth. 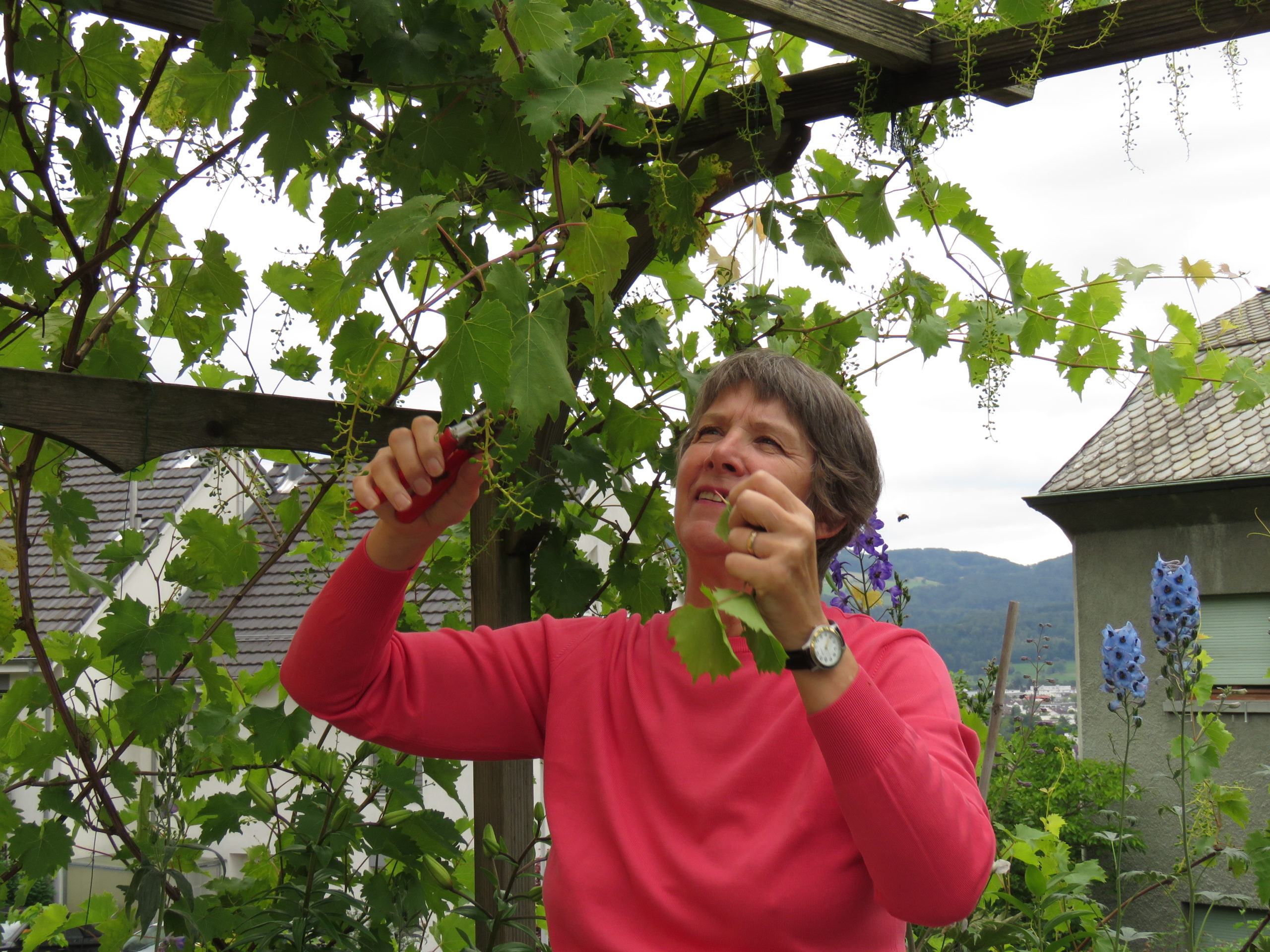 After finishing school she met her future husband and, in 1977, the couple moved to Switzerland, where their two children were born. It was to enable her children to attend the Waldorf School that Linda founded an ecological cleaning institute in Arlesheim in March 1988 – a unique enterprise in Switzerland at the time. After remarrying in 1997, she managed this firm together with her husband up until 2009.

An intensive 21-year period of work began in 1991 when her company took on cleaning the washrooms at the Goetheanum in Dornach. In January 1993 she became head of the Goetheanum’s cleaning team, a position she held up until Easter 2012. After passing an instructor examination in 2008 she started training home economics students and cleaning apprentices.

Linda discovered a different meaning in the everyday ‘chores’ and, once she started cleaning professionally, a whole new world opened up for her. Increasingly, she was guided by the question: if one can work spiritually anywhere in the world and in any occupation, it must also be possible if one cleans and cares for a home or a work place.

Her research was supported by work she did with Manfred Schmidt-Brabant within the preparation group that organized annual conferences at the Goetheanum on the theme of the spiritual task of the homemaker.

Thus, Linda has developed a work philosophy that can transform cleaning into caring and has paved the way for a broader view of why we clean and how we clean.

In 2004 she initiated the first international conference on a new cleaning culture at the Goetheanum, followed by two further conferences in 2006 and 2008. In 2009 she organized a symposium titled Movement in Facility Management, and also a conference on the subject of Creating Order for so-called “Messies”.

After publishing her first book in German in 2011, Linda began to work more widely as a consultant, lecturer and seminar facilitator.

The book has been translated into English, Italian and Chinese.

In April 2012 she became manager of home economics and housekeeping at the Lukas Klinik in Arlesheim. When this hospital merged with the Ita Wegman Klinik in 2014 and became the new Klinik Arlesheim, she joined the hospital management as head of Facility Management. Linda retired at the end of August 2017.

Qualification based on experience:

Linda continues to pass on her thoughts and experience internationally in talks and seminars.